Waiting on Wednesday is a weekly meme hosted by Breaking the Spine that allows bloggers to share which books we are most anticipating.
This week, I am waiting on Wolf Pact by Melissa de la Cruz (9/25/12, though different sites are saying different dates): 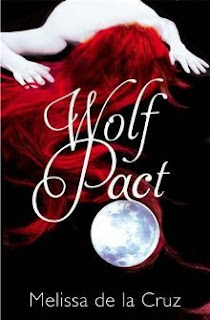 Description on GoodReads:
“From the bestselling author of Blue Bloods, comes a series that will reinvent the myth of the werewolf in the same way that Blue Bloods did with vampires—with style and NYC flair!

Lawson and his brothers escaped from the underworld and now lead desperate, dangerous lives. They’re pursued by the Hounds of Hell from one town to the next, never calling any place home. But when the hounds finally catch up with them and capture the girl Lawson loves, the hunters become the hunted. Lawson will stop at nothing to track down the hounds, even if the chances of saving Tala are slim...

The only hope he has lies in Bliss Llewellyn. Bliss, too, has lost someone to the beasts and will do anything to get them back—even if it means joining forces with the insolent, dangerously good-looking boy with a wolf’s soul.”

How cool does this sound? I love all of the supernatural books that Melissa de la Cruz writes. Her Blue Bloods series is one of the best YA vampire series in existence, and I wasn’t sure if I was going to put the new Blue Bloods book coming out up for my WoW today or this one, but I decided to post about this book because it’s the start of a new series. Though, I love that it includes characters (Bliss) from the old series too. Romance, hellhounds, werewolves, vampires, and the setting of Manhattan all make this book sound super promising! It doesn’t have the best cover, but that’s okay; I will most definitely be purchasing this one.
Oh, and I think the publication date is iffy because I just realized the publisher is really pushing this as an eBook series. It’s going to come out in four parts (over the span of a couple of months, starting October 2, 2012). Each eBook will only be $2.99. And the paperback version of all the books either comes out this month or in April…Regardless of what format this is in, I will be reading it. Here’s what the first eBook looks like (and I’m still not a big fan of the cover, but now there are options…): 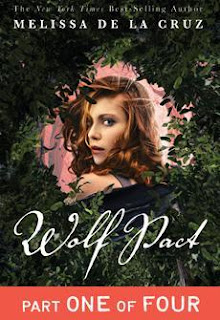